I grew up in the 80s and 90s, meaning I was among the first generation to take for granted a home video library. Among my family’s VHS collection was Always, starring Richard Dreyfuss as a dead pilot who haunts his wife. I remember watching that movie with my dad. In one scene, Dreyfuss talks to an aged Audrey Hepburn in a forest clearing. I considered myself a pretty savvy audience for a thirteen-year-old, but this scene confused me because Hepburn’s character comes out of nowhere, as does the forest. Dreyfuss talks to Hepburn like he knows her, but without the benefit of context, their conversation baffled me.

“What is going on? Who is she supposed to be?” I asked Dad from the couch. He was good at explaining plot points quickly.

“No, seriously.” I was frustrated that I wasn’t grasping the plot and thought Dad was making fun of me by refusing to answer.

“Seriously,” he said, and my irritation grew. Then he looked away from the TV and noticed my agitation.

“Haven’t you ever imagined God as a woman?” Dad asked.

Instead of a punchline, he just said “I have,” with a shrug, and we went back to watching the movie like nothing had happened.

From that day on, I never thought of God in the same way. Or Dad, for that matter.

Dad loved a hammock in the shade. And the green-grass lawn he battled the desert to grow.

Once, he terraced an entire hill in our backyard all by himself over the course of several weekends, slowly but steadily.

“This is how you move a mountain, kiddo. One shovelful at a time.”

More than anything, and he loved so much, Dad loved his family.

Dad dabbled in college, taking classes at East Los Angeles Community College, but never got a degree. He was smart enough but he just had other priorities. Work. Family. Church. Life was college-optional for him. It wasn’t for me. From the time I was old enough to write my own name I knew I was going to college.

“You should do it,” I always said. “You should just quit your job and go to college.”

When my parents came to Davis for my graduation, I took them to the food co-op where I worked part-time as a cashier to pick up a bottle of wine and some fancy cheese to take home for later. Working at the Co-op, I was learning to appreciate things like wine and fancy cheese (Dad loved Kraft singles and macaroni and cheese from the box), and maybe I was showing off a little, but wasn’t cultivating taste one of the reasons my parents sent me to college?

Later that evening, back at my apartment, I couldn’t find the wine.

“Oh no? Did we leave the wine in the car?” I worried how it would fare after the oven of an automobile interior in Davis in June.

As soon as I said it I wished I could take it back. I sounded like a snob. Is that what I went to college for?

Dad was a project manager for industrial construction firms. He took the grand plans that architects and engineers designed for power plants, oil refineries, wastewater treatment facilities and the like, and figured out what it would take in actuality, with materials and labor, to fabricate those buildings. He was the go-between of the engineer-architects and the construction foremen. He didn’t make the blueprints, and he didn’t swing the hammers. His work was largely inscrutable to me. But he was a guy who got things done. Engineers and foremen don’t speak the same language. Dad translated.

When I began pursuing a career in academia, I thought I wanted to be one of the engineer-architects of culture. I thought I wanted an ivory tower. But I felt lonely there, and worried I was out of touch. The language spoken by the brilliant minds at work in the academy is a foreign tongue. I’m so much more at home with the words of all the people who make and sell and fix and clean things, people who sit on committees, wash dishes, raise families, teach children, and ride buses. I want to speak both languages. I don’t have the patience to draw the blueprints, or the fortitude to swing the hammers. But I want to make a contribution, to help get things done.

Dad was a construction worker who raised a writer. 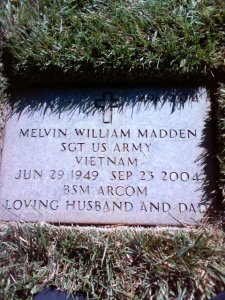